The energy from the early days is still present with the team on the website to this day! We have got a new look, more information, more biography’s,more cd-reviews and the latest news.I'll try to keep you informed about everything going on in the world of EBM!

Thank you for stopping by my ebm-industrial.nl page.this is a webzine that is publishing information on Electronic music since the year 2003.We have been down for a short period, but now we are back.Let us explain,to those who are here on a first visit, what this webzine is all about.I got the idea to construct a website.In June 2003…..I bought the domainname Ebm-industrial.nl.On the 19th december I bought the animated banner.That’s how it started.Suicide Commando and God Experiment were the first bands to appear on my site,and I’m still linked to them (view the green animated banner).Halfway through 2004 it really speeded up and I got really busy.The next year another person stepped in resulting in ebm-industrial.nl en MDM Production.He was responsible for the layouts.

A third person was involved in CD and concert reviews.It took us 6 months to be at a professional level.Trouble started when the site got hacked. No backups were made so we lost everything.Even worse,my private life was in a crisis.I had to deal with some tough personal issues.In november 2007 Ebm-industrial.nl went offline.After 7 months I relaunched ebm-industrial.nl on myspace.It was hard work trying to update the page.It seems we had to start from scratch.I went on doing web-design, which was very helpful in recovering from my mental state.I was glad to hearthat is was to appear on the thanks-list of the “Torment” cd from the dutch band AnimAdverto.Ebm-industrial.nl.was also mentioned on Mc Death’s cd “Second GCR Sampler” from the German label Greisen Crew Records,Now we are here to stay!

I have only started building this new website in June 2006,and now 01 July 2009,just 6 years later a new Moderator / Zodom23 for cd-concert-fesival-review and many info en other music scene.but already it has become bigger then ever before.And the energy from the early days is still present with the team on the website to this day! We have got a new look, more information, more biography’s,more cd-reviews and the latest news.I’ll try to keep you informed about everything going on in the world of EBM!

Belgium is the founder of Electro Body Music [EBM]
EBM is an electro music genre with synthesizers / drum computers beat and a bass sequence with a harder and more aggressive sound than other electro projects.The vocals are most often altered with a voice changer or screaming,which originates from the eighties.Adopted by electronic pioneers as:D.A.F. (Deutsch Amerikanische Freundschaft) Liaisons Dangereuses,Throbbing Gristle,Kraftwerk,Portion Control,Cabaret Voltaire,and Fad Gadget.Also a great influence was front 242 that was started in the early eighties and became popular very fast.These are the founders of EBM and especially in Belgium there are many groups inspired by front 242 and by the EM genre that were bands like A-Split Second, Poesie Noire and Neon Judgment.Dark electro,which is making its stand as a more aggressive type of EBM music,is also known as Harsh EBM,Hellectro and Aggrotech.Techno Body Music [TBM] is an electronic music style that combines EBM and Techno styles. 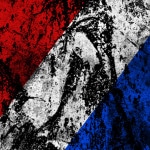 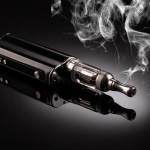 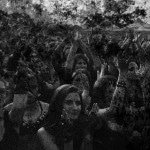 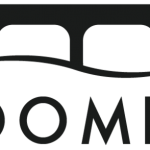 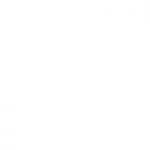 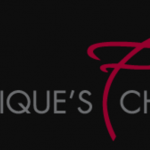